This semi-autobiographical satirical fantasy travels through time as we experience significant breakthrough moments in the life of our protagonist. Along to assist is Miss M, a “divine” guardian angel inspired by the showbiz persona of the legendary Bette Midler.

ABOUT THE WRITER/DIRECTOR
IRA BAUER-SPECTOR founded BWT in 2012. He studied theatre at the University of Colorado at Boulder and earned an MFA in Musical Theatre (Directing) from San Diego State University in 2010. His favorite BWT
credits include THE BETTE MIDLER PROJECT, THE DIARY OF ANNE FRANK, DEAR HARVEY at the 1st San Diego Fringe Festival and most recently, “BWTinRep,” which consisted of two productions of YOU’RE A GOOD MAN, CHARLIE BROWN and DOG SEES GOD: CONFESSIONS OF A TEENAGE BLOCKHEAD, both of which he directed in repertory. He has worked professionally throughout the San Diego area at San Diego Junior Theatre (including JAMES AND THE GIANT PEACH, HONK!), Diversionary, The Old Globe (THE FIRST WIVES CLUB), North Coast Repertory, American Rose Theatre (SPRING AWAKENING) and ACT-San Diego. An accomplished actor, Bauer-Spector’s favorite roles include Charlie Brown in YOU’RE A GOOD MAN, CHARLIE BROWN, Prior Walter in ANGELS IN AMERICA, Zanna in ZANNA, DON’T! (Bailiwick Repertory, Chicago Premiere), David Gold in THE TWILIGHT OF THE GOLDS (CU & BWT), Ensemble in DEAR HARVEY (Diversionary at FringeNYC) and Bette Midler in THE BETTE MIDLER PROJECT (BWT). He will be writing/directing/starring in Breakthrough Workshop Theatre’s World Premiere of MISS M SAVES THE UNIVERSE! at the 2nd Annual San Diego Fringe Festival, being performed at the 10th Avenue Theatre Cabaret Space.

ABOUT THE CAST & PRODUCTION TEAM 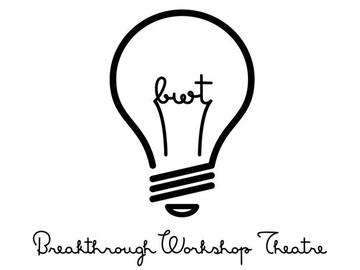 100% of all ticket sales are returned to artists